I've just put together my final instalment of photos highlighting doors and windows I found in Rajasthan. I just love the bright colours that some of them are painted in - it's provided me with some inspiration for my own home! 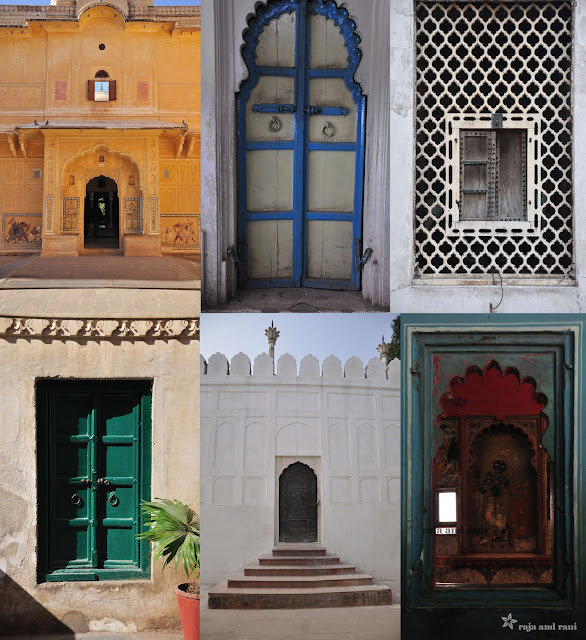 As promised from yesterday, here are some images of doors and windows that I snapped whilst in Rajasthan. I realised that I have lots of great pics so I'll put a few more together as a final instalment tomorrow.

Practically all of the doors appear to be very heavy duty – perhaps to protect the jewels that were adorning the walls inside the palaces or to protect against elephants attempting to barge in (which was common in the palace forts during an invasion!)

And many of the doors are green for some reason? Does anyone know why…..? 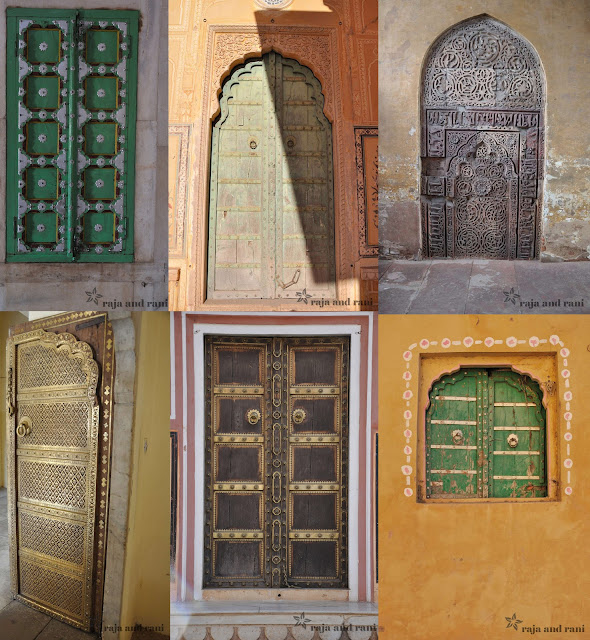 My home is currently in the deep midst of renovation and whilst I’ve been searching through magazines and the internet for décor ideas, my trips to India never fail to provide a mass of inspiration.
I love unusual doors and archways and during my recent trip to India I saw some real jems.  Whether I was wandering through royal palaces, villages or markets, the humble door and archway took on a story of it’s own…….

A key feature is the scalloped archway, which normally act as a kind of portal or frame for the view which lies beyond.

An example of this is the entrance to the Taj Mahal from the Great Gate (darwaza –i-rauza) which leads into the decorative gardens and ultimately the mausoleum of Mumtaz Mahal. It was designed in such a way that it would be impossible for the Taj Mahal to be seen from any angle until you reached the main archway.  The pointed arch frames the visitor’s first glimpse of the great white monument.

Other key decorate features of archways include swirling pietra dura patterns, marble inlay work, inscriptions and motifs. Normally most of them have some form of religious or fable connotations. Also, I noticed archways tended to be either in single or triple forms as odd numbers are frequently used in Indian architecture.

A Month in Marrakesh

After eating some fabulous falafel and other homemade goodies this weekend, I’ve been inspired to discover some more exotic recipes. Part cookbook and part travelogue, A Month in Marrakesh is definitely now on my shopping list.Andy Harris, editor of Jamie Oliver’s Jamie Magazine, has been drawn to the magic and culture of Marrakesh for the last ten years and on his latest trip, he was joined by renowned photographer David Loftus. After spending a month scouring the souks and mingling with the locals, they have produced a wealth of exotic tasting and easy to follow recipes using fresh ingredients. 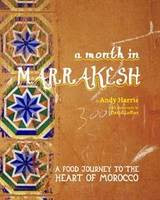 Now you can impress your guests with dishes including Roast Lamb with Orange and Honey Syrup, Spicy Squid with Harissa Yoghurt and Orange Flower Doughnuts. The book is bursting with stunning photography, both of recipes and colourful locations, taking you right to the heart of the spice filled souks and food havens of the vibrant Djemaa el Fna. A must buy book, even if it’s just for the pictures! 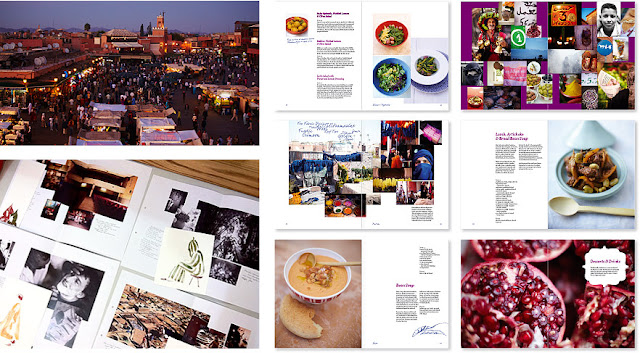 Buy the book from Amazon
Inside page photos taken from Interstate of Mind
Posted by raja and rani at 19:23 0 comments 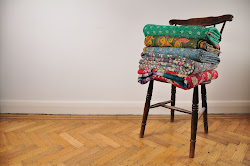